The Grand Theft Auto series has always been promising. The newest release, GTA V, is taking the world by storm, and for a good reason. The realistic graphics and dangerous activities are only the start of what the game has to offer. One of the few games to receive the “Masterpiece” score from IGN, this one-of-a-kind game will keep you on your toes with hours of replay value.

GTA V was designed with similar mechanics as in GTA IV. The city of Los Santos was created with realism in mind, but still lets you emerge yourself into a world where anything can happen. The game encourages city exploration but also provides a very gripping story mode for those who are interested. 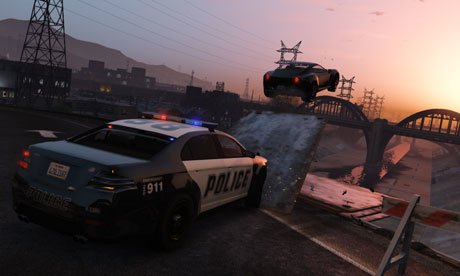 The general of mechanics of the game are improved, especially when it comes to driving. As one of the most important parts of the game, it was crucial to get this part right. The developers worked to eliminate exaggerated handling, yet create ways to easily wipeout. Additional checkpoints have also been added to the game, helping to reduce tedious tasks.

Satire at Its Finest

The game’s hijacking antics are only part of what make this game so enjoyable. Rockstar created the game to connect with people, making them laugh at the everyday American life. The wit can be found throughout the day as the game mocks celebrities, politics, the media, the Millennial generation and even other video games. 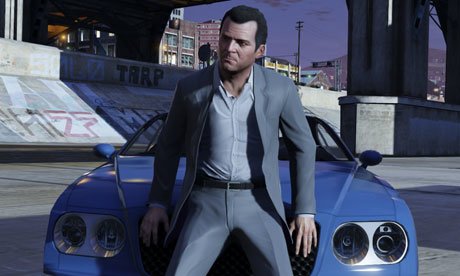 While GTA is clearly a fantasy where riding dirt bikes on top of trains is considered plausible, but the American satire is all based on real events, people and problems. This ultimately makes the world more believable and even more enjoyable.

GTA V has an action-packed plot that will encourage the user to do several extreme tasks like hijacking military aircrafts and engaging in police shootouts. The game introduces three main characters that all allow for excellent mission variety.

Michael, Franklin and Trevor have their own special abilities and skills that help the player through the narratives. The characters are very life-like, so even those who aren’t playing in mission mode may find themselves taking on the character’s unique personas.

Enjoyable down to the last detail, Grand Theft Auto V has the intelligent wit and compelling missions that easily keep players entertained. The already popular series has refined some of the best abilities, skills, graphics and jokes to create a realistic environment for players to enjoy. A game five years in the making, GTA V will keep you on your toes with a provocative and unpredictable plot that doesn’t grow old.