Home
News
If ‘GTA V’ were a Movie, It would be the biggest Movie of All Time!!

Grand Theft Auto V earns a spot among gamers’ favorites. Players love the detailed plot, the constant action and the ability to change cars and music as often as they want.

Despite its commercial success, Grand Theft Auto V’s earnings hardly compare to earnings from top grossing movies. If Grand Theft Auto V were a movie instead of a video game, it would earn a spot as the 453rd highest grossing movie, just under Space Jam. Although GTA V does include a yoga mission, this game surpasses the box office bombs yet fails to earn a spot at the top of the charts.

Let’s Do the Math

Around 29 million consumers bought Grand Theft Auto V. If users pay around $60 to buy the game, the earnings equal around 1.74 billion at the bottom. With an option to by a $79.99 special edition or $149.99 collectors edition, GTA V likely earned much more than the 1.74 billion estimate.

The estimated earnings for the first three days topped one billion dollars. Although these earnings would give GTA V the title of the second highest total earnings for a video game, behind only World of Warcraft, such earnings hardly compare to top movie revenues. The average movie ticket costs only $7.84. Multiply the cost of a movie ticket by 29 million buyers and GTA V earns $227.4 million box office revenue. This number equals small potatoes for a box office release, however, GTA V broke records for being the fastest selling entertainment release across industries by selling 29 million copies in its first few weeks since its release.

Some of you might say that comparing video game earnings to movie revenues is not fair because the video game and film industries operate differently, spend differently and earn money in different ways. Animated feature films provide a closer comparison to video games. Animated films typically take up to five years to design and produce and cost around $250 million.

Unconfirmed estimates suggest that Rockstar and Take Two spent $265 million or more to develop and release Grand Theft Auto V. Although a top movie sells many more tickets than a gaming company sells games, games earn more per sale because of the higher sale price. If we compare Pixar’s Monsters University to Grand Theft Auto V, MU sold around 80 million tickets and grossed almost $743 million. MU sold more than three times the number of units of GTA V, but the box office earnings totaled less than half.

These stats tell us that games earn more than movies, but this comparison takes into account games sold and box office tickets. In order to truly compare video games and movies, you have to look at the ways that both movies and games earn revenues. 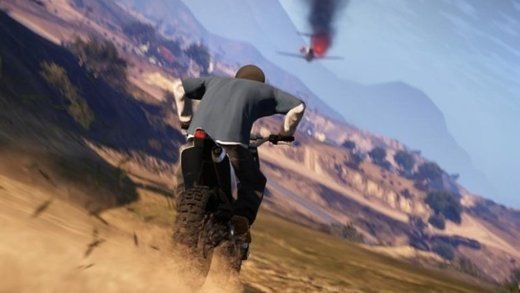 Movies earn significantly from home video and television licensing. Although production studios limit the numbers available to the public, a movie may earn more than $350 million in the television and home video markets, not including licensing fees for streaming or video on demand. Additionally, movies may earn licensing fees for rides and other user experiences at theme parks.

Video games have not yet crossed into this market. The success of many movies lies in merchandise sales. Recently Angry Birds made great headway into the merchandising market.

Although both the gaming and movie industries vary in their production, marketing, licensing and merchandising, both industries earn significant revenues and offer entertainment to fans. Journalists love to compare the industries, trying to prove which industry earns more or which industry is more important, but the more important question to ask is about the value of our entertainment.