Within the gaming community recently, there has been a great deal of discussion about game ratings and the apparent negative effect that Metacritic is having on the industry. On the heels of that heated conversation comes a 10 out of 10 rating by Edge Magazine for Rockstar Games’ Grand Theft Auto V. 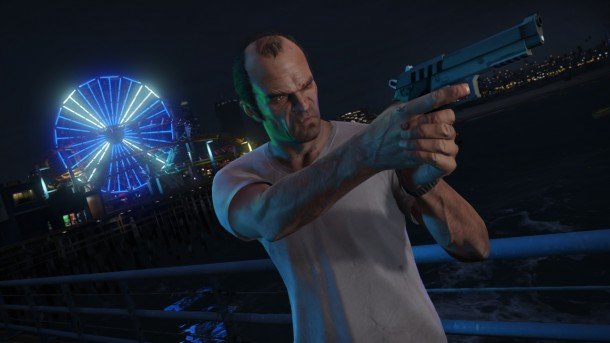 An interesting aspect of the GTA V review by Edge is that it dives right into the negativity, but that does feel like something of a setup. We know what’s coming. In fairness to Edge, it has a point: Action movies and games open the way they do in order to engage you from the get-go; the GTA V opening, however, is subdued and methodical, and it feels like the wrong way to kick-start an action blockbuster.

As Edge points out, within a half-hour the story gives way to the rip-roaring thrill ride that you expected from the start. Something strange has happened, however. You feel more invested from the beginning than in any other GTA game you’ve ever played. Was their wisdom to Rockstar’s opening choices? Edge certainly thinks so, and we’d be inclined to agree. In the past, the open world is the main character, but here, it exists simply as a setting for three larger-than-life and very engaging characters.

GTA V uses three main characters, and that has some unexpected effects on gameplay. In the past, pacing was a common complaint levied against the series. Here, pacing isn’t an issue. The three stories play out simultaneously, and the user can switch between them at will. If some aspect of the story isn’t working for you thematically or in terms of pace, you can simply view it from another angle or skip it altogether, and that revolutionizes the GTA experience.

The Illusion of Choice

The three-pronged approach has some disadvantages, too. The GTA series has always excelled at making you feel like you can do anything and still achieve a resolution to the story. As Edge identifies, that illusion breaks down to a degree in GTA V. After all, there are three stories unfolding, and maintaining the structure of those three stories is a fine balance. Therefore, at times, GTA V feels much more linear than any of its predecessors have.

A Rock and a Hard Place

Edge is right: What GTA V revolutionizes and does well far outweigh what it gets wrong. Video game enthusiasts can be a tough crowd, and in the current climate, they’re quick to reject a 10/10 score. What kind of game, if any deserves 10/10? We’d argue that a game that innovates deserves it, and Edge makes a compelling argument that many of the new mechanisms found in GTA V will become industry mainstays. 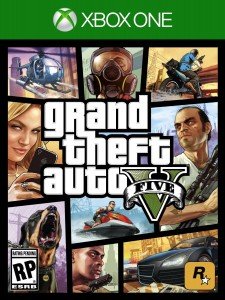