GTA V Review from The Telegraph

Billed as one of the best video games of all time, Grand Theft Auto V has not disappointed. Created with a budget that tops most Hollywood blockbusters, there was always going to be a level of brilliance about GTA V. Fans of the game will be delighted to know that all that money has been spent in the right manner, and the end result is an enthralling video game experience.

The Grand Theft Auto games have always been excellent, setting the template for what video games should be, and pushing the boundaries when necessary. This game takes things to another level. It is, quite simply, the pinnacle of video game design. It combines beautiful graphics, breathtaking scenery, excellent controls, and an awe-inspiring story line flawlessly. 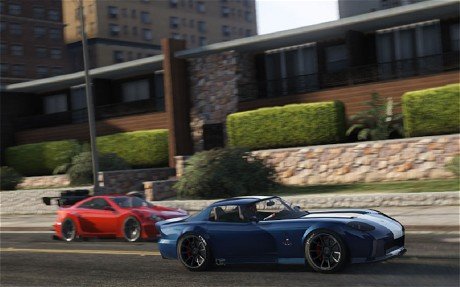 Most top games these days will be based in a virtual world, but GTA V takes it to another level. When you take a look at every minute detail of “Los Santos”, the fictional depiction of Los Angeles, you will never want to stop playing.

The city is completely urban, with plenty of intertwining roads, defined districts, and various unique neighborhoods. The contrasts are an incredible sight to behold, with giant, shiny sky scrapers coupled with stretches of slums where the homeless dwell. There are lavish houses, graffiti filled public streets, expensive hotels, golf courses, beaches, and office buildings, each created with impeccable detail.

What splits this setting from other video games is that it feels like a city where you could live, instead of being a fictional setting that is unimaginable beyond video games. Ensuring such realism while trying to create an enjoyable game can be tricky, but Rockstar games has managed it perfectly. 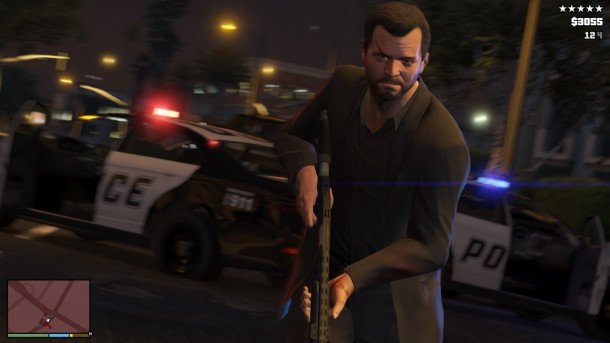 Creating such a huge city has its own challenges, with different neighborhoods often feeling disconnected and independent. However, that is not the case with GTA V. The entire city is very densely populated, interconnected through missions and design, and the game flows very well as a result.

The missions are intuitive and easy to comprehend, but still very challenging to execute. In total there is more than 30 hours of solid game play, and there will be even more with future add ons and packages. There is a lot of violence, and some of the missions have an unsavory nature about them, but it is all part of the GTA package.

This game is the complete package that fans have been waiting for over the past few years. Some were worried that it would be a disappointment, but those fears have been well and truly quashed. It is bold, entertaining, riveting, and a nonstop blockbuster to play. For fans of video games, GTA V is a must have on Xbox 360 or PlayStation 3.