On November 21, 2013, Rockstar Games announced a special Event Weekend for the online component of Grand Theft Auto V. This event, called “Vespucci Beach Party,” would have taken place from November 22 to 24, and would have featured all-new Jobs in a specially created Social Club Event Playlist. However, the event has been cancelled because of technical issues. Rockstar Games explained on their Rockstar Newswire blog:

“Due to ongoing technical issues preventing some players from joining, we have removed the Vespucci Beach Party Event Playlist for the remainder of this weekend. We apologize for the inconvenience. Please note that the Event Crate Drops with extra RP in Free Mode and the Sweepstakes are still in effect through the end of the weekend.”

View of Vespucci – a parachute event starting from a height of 2980 feet.

Up the Creek – a dirt bike race spanning environments from gravel to beachfront, starting at Cassidy Creek and ending at the Alamo Sea.

Water Rings – a sea race event that takes place in Paleto Bay, around the northern islands.

Vespucci Beachfront – a team deathmatch event that takes place on the rooftops of the businesses around the beachfront.

Grass Route II – described by Rockstar as the “sequel to the original popular Grass Route race,” this event begins in the northern section of the Zancudo River and ends on the beach around North Chumash.

Procopio Beach – this team deathmatch event takes place at the base of Mt. Gordo, alongside the shoreline.

Gone Coastal – this sea race begins in the LS River and continues through the Palomino Highlands, providing a scenic route.

The Cove – this parachute event takes place around Mt. Chiliad, beginning at the daunting height of 7500 feet.

In addition to the special Event Playlist, “Vespucci Beach Party” would also have featured special in-game vanity plates as awards to players who achieved the top positions on the Event Playlist Leaderboard.

Because of the technical issues that brought the event to a premature end, the Event Playlist and the vanity plate awards are not currently functioning. However, special Event Crate Drops filled with more than double the usual amount of RP and weapons, clothes, and other accessories can still be found in Free Play mode. A special sweepstakes for some Rockstar swag is also still running.

Still, many players are frustrated by the cancellation of “Vespucci Beach Party.” It is unclear whether the event will be brought back for another weekend, and when that weekend might be. For many fans, these latest technical issues add to a general sense that Rockstar Games was not adequately prepared for the popularity of GTA Online. 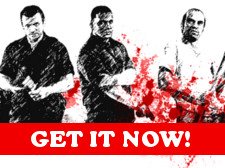